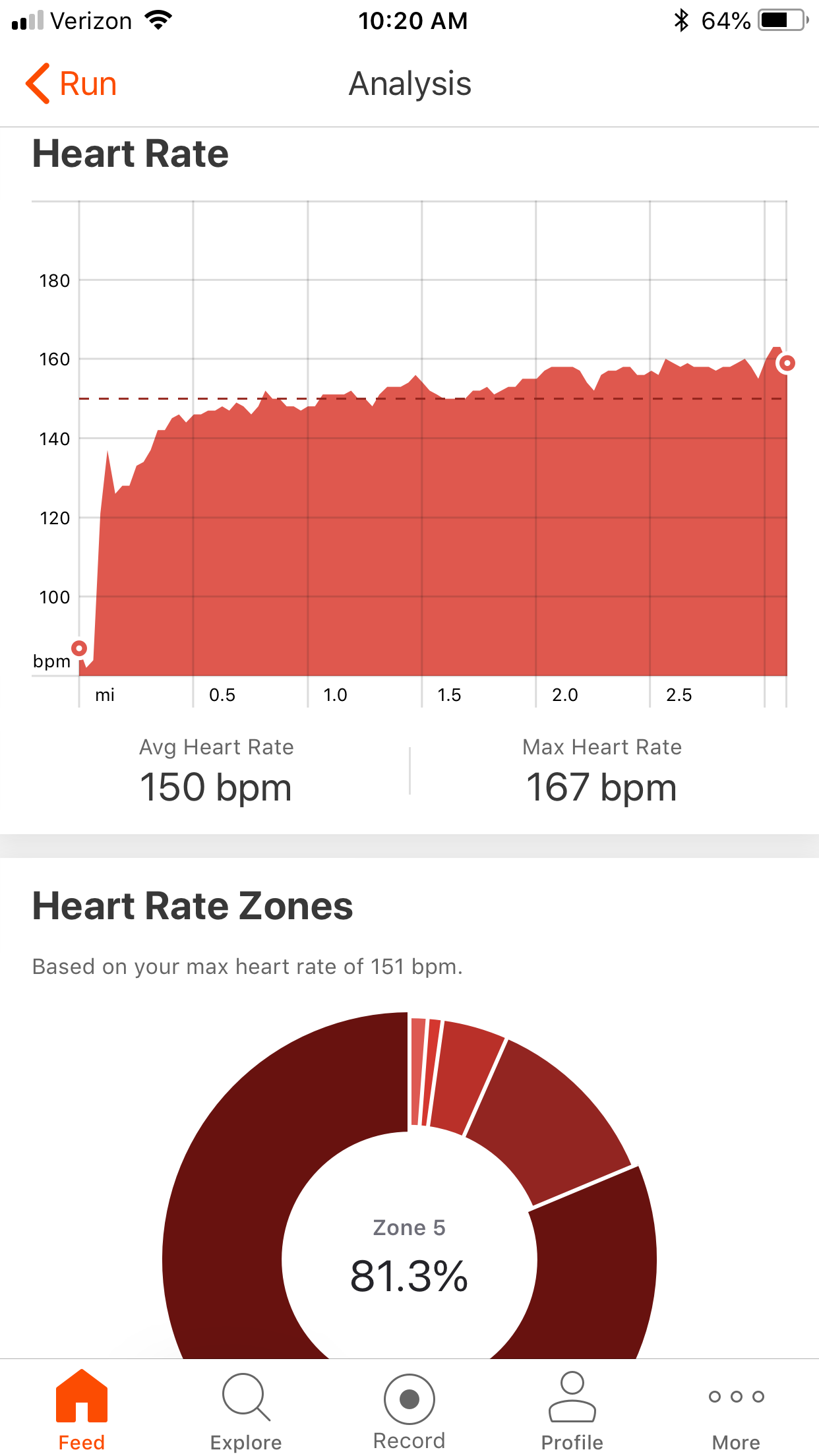 I am continuing my David Goggins discussion here because it deserves it.  I also based the last blog off of his Joe Rogan podcast last year, and it turns out he did another one this week to promote his book.  It took me all of about 25 seconds to buy it on Amazon.  It’s inbound as we speak.

I’m fascinated by this guy.  Here’s a glimpse of what he’s done:

Uncommon amongst uncommon men.  He is built strangely.  Apparently, he reflected that many of his SEAL teammates didn’t care for him much.  He tended to “live” in the training.  Once in, when he was in charge of drilling his team, he would do BUDs shit with them.  He was always trying to push guys further, into the mindset that he had – which took a toll on his friendships.  He felt he was “uncommon amongst uncommon men”.  He was a true alpha dog fighting amongst an alpha dog collective.  He would get on people who weren’t giving 200% at all times.  This is a leadership lesson he learned the hard way – there are times you push your people, and there are times you rest your people.  The point is – his individuality was designed to stand out and persevere in the harshest of conditions.  This is the kind of person who makes it through SEAL training.  However – he was 297 pounds at one point and somehow got it done.

Leaving it on the field.  He told a story that really hit me hard.  It resonated deeply with me.  He prefaced this by saying he doesn’t care what religion you are, or what you believe in, and went on to say that he felt that there was someone, somewhere at that end who might judge him.  He was looking at this through the prism of his 297 pound self who was spraying for cockroaches for a living.  He would go for judgment as a 300 pound guy who retired after 45 years of spraying for cockroaches.  He’d meet up with the guy taking a tally of his life, and this guy would be reading off “Navy SEAL, endurance runner, Ranger….” and he’d cut him off – “you must have the wrong person, I didn’t do that in my life”.  To which, the deity would say, “that was who you were meant to be”.  And then – he’d have this profound feeling of leaving a lot on the table, that he never maximized his opportunities while here on Earth.

This struck me hard.  I mean REAL hard.  Ever since I was a kid, I’ve always had these callings for me to step up and be something.  As in, it’s sort of how I’ve been wired my whole life.  My passions for things are….rather obsessive.  But it’s because if I choose to do something, for me to enjoy it, I must understand the science behind it.  I need to master it.  It was never good enough to “play” something, I needed to know how it worked.  Those things I couldn’t compete at a high level at, I mostly lose interest in.

My recent passions have led me to fitness, wellness, and keto.  I am finding that there is a massive health community out there, but it’s filled with lots of bro science, shitty information, shortcuts, and almost religious-like followings.  One could say that about my passions with keto the last 11 months, but there’s good reason for it.

While the diet I’ve been on has helped fuel my performance rather well, I wanted to discuss the fitness part – specifically in relation to Goggins.

Over the last 27 months, I’ve taken off over 140 pounds.  I feel that I’m on this path of success, and nothing will stop me.  This past month, I haven’t lost anything.  However, some things come into play with my birthday eating, stress from a previous post, and adding muscle/water.  I plan on weighing myself next week, but I can tell you that I FEEL the water and I FEEL jacked from all of the lifting.  My muscles feel fuller, I feel volume on them.  I feel thinner.  But the scale didn’t go down.  Uh oh!!!!

Weight on a scale doesn’t define me anymore.  Sure, I want to do fat loss.  But many people get discouraged when weight loss doesn’t happen right away and quit.  Always continue to challenge yourself, and after about 12 weeks, if you haven’t moved the dial, check back and adjust.  This past month, I :

I think at this moment, I’m 233.  One pound up from last week, despite caloric deficits and fasting Fridays.

5 years ago, this would have devastated me.  Today, I’m wired differently, and I know my body so much better now.  I know I have a lot of inflammation from body repairs with lifting heavy, and I can feel the water sucked in.  In a few days, I will wake up 5-6 pounds lighter one day.

So I focus on the task at hand, and not the scale.  The scale is the byproduct of the hard work you put in.  It should NOT be your primary focus.  Here are my goals:

Your mentality with wellness and fitness is extremely important.  Understand your big picture goals.  Some months the scale will fall, other months your body might be holding tons of water.

Work your program.  Everything else will take care of itself.

With listening to David Goggins – the dude helps you “get to it” and get off the goddamn couch.  However, as a caveat – Goggins does some stupid shit with training.

Goggins also mentioned about how he trains in zone 2.  How he used to run an 8 minute mile in zone 2, but now it’s 6:40 and he didn’t do anything different.  I also stumbled across an old vlog from someone I’m subscribed to, “Triathlon Taren”, and he also talks about training in zone 2.

If I’ve lost any of you, let me explain.  I wrote another post about this a long time ago, so I’ll keep it brief.  There’s a theory out there about how your heart exists in 5 different zones.  Zone 1 is the lightest stress, and that’s just doing your thing up to a brisk walk.  It goes to 2 which is a light to moderate jog, zone 3 would be race pace or just below, zone 4 would be race place plus, and zone 5 would be max like sprinting.  You find your “max HR” by taking 220 and subtract your age.  For me, this is 177.  From here, you are looking at 80% and 60% for those lower zones, I believe.  So my zone 2 is somewhere between 106 and maybe 135-140.  Most of my “long” runs, I have a rate around 127-130, and they usually only go up when the last half mile or so I try pushing it as hard as I can.  This is taking me past zone 3 to 4 or 5 – and the anaerobic conditioning is helping to build muscle and process anaerobic ATP.  I’ve ALWAYS tried to kill it at the end of a run.  Except those I’ve seemed to run at zone 3 for most of the run, it was almost impossible by the end to really dial it up.

As the theory goes, your “long runs” and recovery runs should be in zone 2 and apparently like 80% of your training should be in zone 2.  I kinda/sorta did this at times without knowing – I’d do these long 4-5 mile runs at a slow pace and feel goddamn amazing.  Of interest, my “zone 3” runs might get me good times, but I never felt I would get any faster on these, and I’d be destroyed the next day and couldn’t run.

Apparently, you should be keeping an eye on your heart rate mostly and this should govern your training pace.  Over time, your body gets better and better with processing oxygen and burning fat and you can go faster with the exact same heart rate.  THIS, ultimately, makes your race pace faster.

So the last 4 months of mostly smashing myself while running isn’t necessarily what made me faster, it was the long ass zone 2 runs I was doing that helped condition my heart.  Good to know!  For me, what this means is I’m more apt to do slower paced 3-4 mile runs and dial back the race pace plus 2 mile runs.

Taren also mentioned you can mix and match your runs – meaning, a long ass run, you can have 80% of it at zone 2, then 10% at zone 4 and 10% at zone 5.  He says during training, you want to stay away from zone 3 – which is where you won’t necessarily build muscle or help your time, you will just smash yourself.  This is probably where 50-70% of my training was, and why I could only run 2-3 times a week.  My legs were always killing me.

If you look at the picture I posted, my heart rate averaged about 15 bpm more than my zone 2 is – and that is something I need to dial back.  When all of these people are putting on all of these crazy miles – they are running mostly in zone 2.  This is why they seem to be able to do miles so effortlessly – they have been doing it for years and their bodies have become so efficient with it.  Sign me up!

Years ago, I got a treadmill.  “This is great for when it’s cold outside”.  I have put about 200 miles on my treadmill, mostly when I was first starting with this.  I have come to loathe the treadmill.  I use it at the gym to warm up, and yesterday I had a GREAT warm up run.  However, I have come to love running outside so much these days that the treadmill here is something I only do when I’m in a pinch.  It will usually be for warm up runs only for maybe 5 minutes.

When I started running a lot more a few years back, I looked into the new clothing technology that exists.  When you have several thin layers of some space age shit, you don’t really feel cold – too much.  I even have these running gloves with like mitt over them as well.

For those of you “too cold” to think about running when freezing outside, you need to try some new fabrics.  Why? In the northeast section of the United States, about half of the year it’s nice out, and half it’s usually too damn cold.  They TELL you that we have 4 seasons, but where I live in Pennsylvania – spring is roughly 1-2 weeks long and so is fall.  It goes from “too damn cold” to “scorching and melting on pavement” in 2 weeks, and goes from T shirt and shorts to eskimo parkas in 2 weeks.  Finding the appropriate clothing that wicks out moisture while keeping you warm or cool is important!

So, as I’m writing this, it’s below freezing out and I’m looking to see if I can get in 3 miles at a zone 2 pace.

This should be fun!