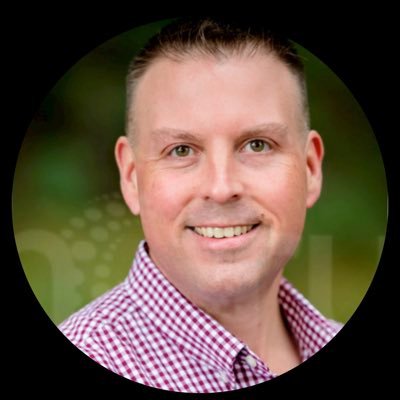 Short(er) Bio for bylines: Nate Fisher describes himself as a modern Renaissance Man – hence the name of the site.  By trade, he was an IT engineer/architect and over the last 9 years as an IT manager for large contracts in the DoD (full bio on Linkedin) managing desktop support, server/system administration, cybersecurity, networking, and telecommunications.  He has an undergrad in an IT-related discipline with a minor in physical security as well as master’s degrees in both Cybersecurity and Business Administration. Nate’s first experience with college was as an 11-year-old taking a BASIC programming class in 1987 at Reading Area Community College.  He is curious about the world around him – which led him to 10 years of college with covering IT, business, management science, decision sciences, leadership, security, cybersecurity, math, physics, and many other subjects of interest.  He was also a stellar athlete in baseball and tennis – but these days he mostly focuses on weight training, running, biking, triathlons, golf, hiking, and tennis.  He was very successful in other passions, having won “most musical” in high school as he played trumpet throughout grad school as well as his accomplishments in chess at a young age which saw him play in the World Open in 1990 as a 14-year-old.  Additionally, he had taken off over 175 pounds and documented it in over 140 health blogs.  Nate writes about business, health, investments, energy, futurism, and idolizes the work of Michio Kaku for being an influence in his curiosity in the world.

Extended Bio for consideration on topics to discuss/write: Nate also has many other interests- having won Math Olympiad awards, being voted most musical for his trumpet playing – which he played through grad school semi-professionally for small productions, and his chess prowess at a young age which saw him competing in the World Open in Philadelphia at age 14 where he went 5-2-1 against 1500 of the world’s best minds.

Nate is an “ideas” guy who got fully invested in the gold and silver space after the 2019 repo market which then led to him creating over 100 articles in the space and 9 prominent media appearances to discuss these big ideas.  He is also an investor in rental properties – and the risk to the system is what led him to hedge with gold and silver.  Eventually, this led him to more of the commodities story where he then fell in love with the stories of uranium and battery metals.  With this – he also learned more about technical analysis and building macro cases for his own personal investment strategies and feels that people like David Brady who use a lot of tools for their analysis have an edge over anyone who uses only a single tool.  Nate is also curious about the implications of quantum computing, and what that might do in the fields of battery chemistry, clean coal, mechanical efficiency, as well as cybersecurity implications with cryptology, privacy, and identity management.  Quantum computing could be extremely deflationary to the world as a whole – but also has “printing press” and “nuclear fission”-like implications as to how it can change the world.

Nate comes from a high school where ideas were what they did.  A close high school friend is one of the leading horse race owners in the country, having found his way there via probability analysis and working as a futures analyst at a hedge fund, and another friend who shared a best friend that went on to be the inventor of YouTube.  A twin set of brothers who were close friends both have PhDs in biochem – one teaches at MIT and the other also has a law degree.  Most of his high school friends have PhDs and he is the ugly duckling with *only* two masters degrees.  If he won the Powerball prize, he would probably go for a PhD or two, but law school might be first as he started off college as a criminal justice major wanting to work in the FBI or go into the military. He loves to talk about ideas and seeing where they go – and predominantly does this through the lens of risk analysis, probability analysis, and what to do about it – accept, avoid, transfer, or mitigate.  Additionally – he likes to seek value through the lens of ratio analysis, financial statement analysis, and relativism through measurements of stable money such as gold to try and make sense of value – and not in nominal prices.  He has dabbled in trading, but primarily is a long-term holder in commodities production and rental properties at the moment.

Nate lives in York, PA with his wife and two children and grew up in a small suburb of Reading, PA called Birdsboro.  He’s a small town guy at heart who is in the center politically eventually, loves Italian food (and women), and wishes to work in the PM/writing/mining/business sector.  He wants to spend his late 40s and 50s training to do half Ironmans and retire reading all the books he had no time for while playing in chess tournaments as a senior.

Appearances: Nate loves to talk about all of the items on his site as if he were a friend of yours at a pub getting a drink – he does not portray himself as an expert in an industry but rather a close observer academic who might want to understand something better or advocate for a better understanding of a topic for his fellow man.  He wishes to discuss ideas, supporting evidence, and an understanding of what to do about the world around him.  Often, he creates charts and audio-visual materials to walk a listener through how he arrived at his viewpoints.  He takes things apart at the root level to understand them and wishes to have dialogue about the ideas of others – whether it is how to understand to plan about disaster, make money from it, or generally what to think about it.  He will write a ton here in these pages to put his ideas to paper as it is maddening to him to have them trapped in his head.  Having no one in his immediate orbit to geek out about this stuff with, the media appearances have been fun to talk shop and explore ideas further.

Disclaimers: No words, phrases, or ideas anywhere on this site have any material relevance to any moment in my current profession, I am quite rigid about this for obvious reasons.  I also very much understand the line to walk and don’t get within 100 yards of it, for anyone “minding” my pages right now.  All ideas and opinions are of mine, and mine alone.  All information in these pages that are not opinions can be sourced to textbooks, web sites, Tweets, and opinions from others and not of any information ascertained during any event at work in the last 15 years.  While I have written hundreds of grad school papers with APA, this is a blog where I mix opinion, fact, futurism, and others’ opinions to provide the reader my assessment of the world.  I get a lot right – but with a blog I may make minor errors here and there and welcome corrections.  One in particular was attributing a quote to an analyst that was actually from a mine owner CEO.  The fact was correct (silver recycling companies are not currently profitable) but attributed to the wrong person (who supports a GOLD recycling company with silver as a byproduct).  With the vast number of videos that I watch – I mixed the two up.  Got egg on my face for that one and am still apologizing for it today 🙂

Nothing in these pages is for investment advice.  Please talk to your financial advisor for what works for you.  Nothing in these pages is meant for medical advice.  Please talk with your medical professional as what might be best for me, might not work for you are result in negative consequences.  All items in these pages are of a first person’s journey through life and what he has discovered on this journey.  Where possible, items are sourced using the best available information at the time of writing. While I no longer have the free access to scholarly journals – I try to write blog pieces that could be considered for scholarly journals, with tighter sourcing of course.  Nate is stupid long precious metals and slowly getting geared up for uranium and battery metals.