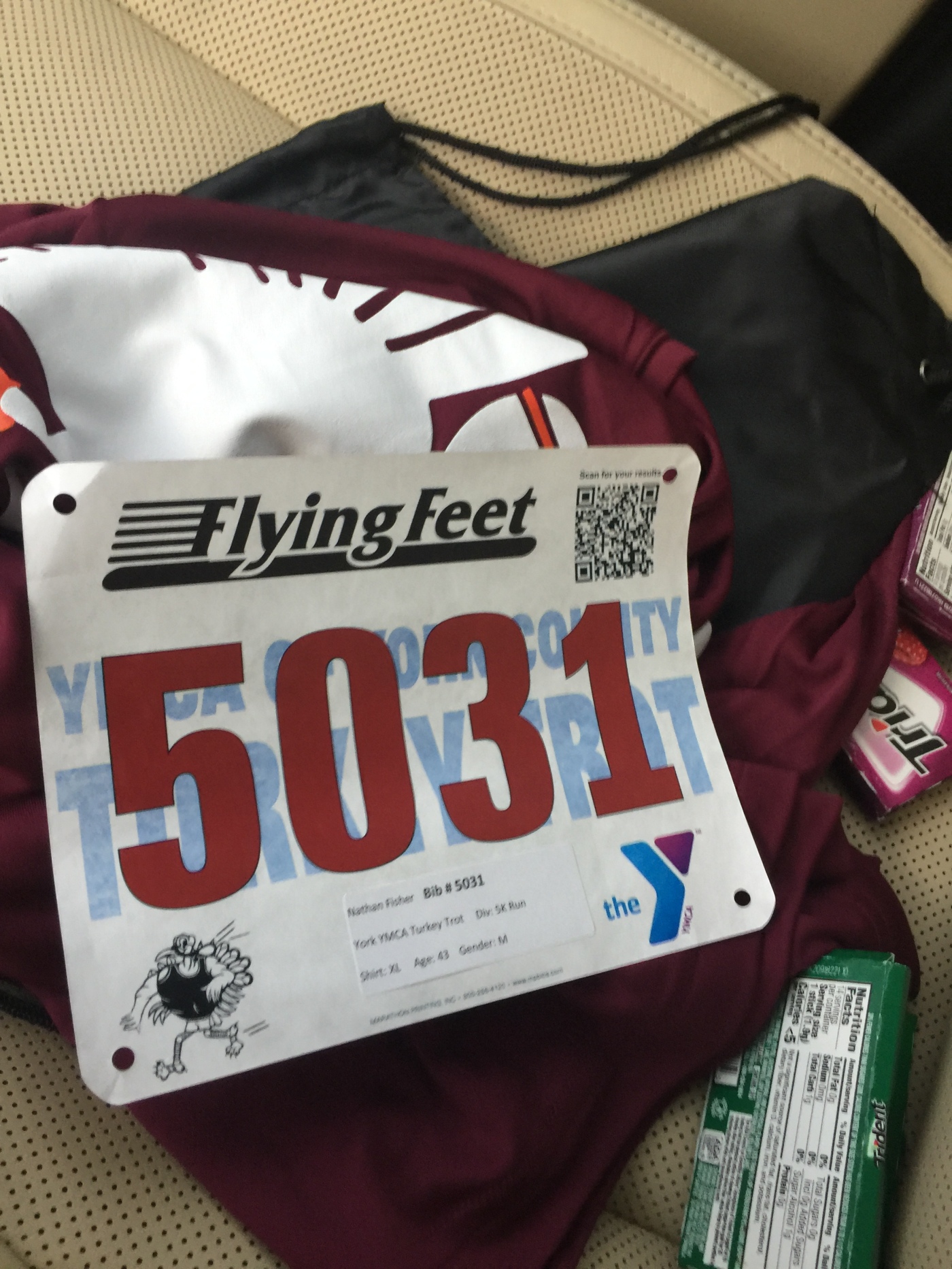 I am at the tail end of Mark Sisson’s “The Primal Blueprint”.  This could be one of the best books I’ve ever read.  I wish this would be used as a textbook in 6th grade in this country.  There’s a lot of lessons I’ve been drawing over my 29 month journey – this is the first thing I’ve run into which was more of a framework rather than a 10 step guide.

I believe his book is perfect for people who are 20-30 pounds overweight and want to live a great life.  However, most of these sources don’t address the person that is morbidly obese.  Like – “I need to lose over 100 pounds!!” – doesn’t fit well with this book.

In the Primal Blueprint, it does ask for you to lower your carbs to then eventually force you over to burn fat primarily.  He also wrote a book called the 21 day keto reset, in which he says it’s a good idea to dip into this several weeks or months a year.

But it doesn’t address that craze.  That frenzy I’d have.  I think many of you don’t know what it’s like, or fathom it.  Your world revolves around that “fix”.   There were two driving influences:

I’m going to tell you – fat people WANT to lose weight.  They try, time and time again.  But the inherent problem with almost any weight loss plan is that it doesn’t address the two items above.  I get rather furious when I listen to fitness influencers on YouTube and they talk about “calories in, calories out”.

You see, calories in, calories out (I will call CICO) is the math equation that balances the food and energy you take in, versus what you expend.

There’s a problem with this.  People like me who have dieted 300 times.  Punished themselves with excessive cardio.  Performed years of caloric restriction – my buttons and dials don’t work the same as someone who never has been overweight.   For example, I’m about to step on the scale this morning for my weigh in and I’ll be a pound less than last month.  Luckily, I’ve been taking the tape measure every few weeks as well and I’ve measured significant progress on the tape measure.  So – I will chalk this up as body re-composition.

However, I can tell you that I almost never go over 2200 calories in a day.  Most days are somewhere around 1600-2000, with the once every 2-4 weeks hitting at 2800-3000, perhaps on a busy exercise/legs day.  My BMR should have me somewhere around 2100 and the other measure above BMR is usually somewhere around .5 of your BMR.  This would land me somewhere just north of 3000 calories for the TDEE (total daily energy expenditure).

I can tell you…either your BMR equation doesn’t work for me or the extra calorie formula doesn’t work for me, because I’m well shy of 3,000 calories a day.  Probably by a 1,000 deficit.  So the Layne Nortons of the world want to talk about calorie math.  Well, son, if you’re so smart, why am I only down 1 pound this month instead of 8?  I created a caloric deficit which should equal 8 pounds of loss in a month.

Some factors that go into this:

So my point is that I will work the system and not rely on calorie math.  Because what happens every time I used to do this was I’d get the Excel charts out and I’d map my calories versus my anticipated weights based off of those expenditures.  They NEVER work.

So I throw away your calorie math.  I DO create a SIGNIFICANT deficit.  But could a lot of this be extra water weight?  Maybe.

What if…..the same 5-8 foods I eat my body is becoming more efficient at eating?  You hear about how efficient your body is with burning things.  At the onset of keto, you drop a lot of water weight (and fat) because your body is not efficient with burning fat.  It chugs through fat until it builds the proper mitochondria to then burn it efficiently.  Your fat loss slows.  So I’m going to change up my foods a little and see if that suddenly does something different.

But I digress – sort of.  When you are addicted to certain foods – and you eat them repetitively, I wonder if there’s some sort of efficiency going on there which, when the body is more efficient at digesting it, that you may actually extract more calories from it.  Like – a food may have 500 calories in it.  But maybe if this is something you’ve never eaten before, your body will inefficiently burn those 500 calories.  Maybe if it’s something you have eaten 5 times a week for a year, your body will build mechanisms to burn that item more efficiently and extract a lot more of those calories to absorb.

My N=1 is interested in trying.  So, this coming month I’m planning to change it up a bit.  My caloric intake will not change, but the foods I eat will be completely different than the ones I have been eating.

So let’s get to my “system”.  Right now, I’m in the last 30-40 pounds and I’m very happy with where I’m at.  But to get from someone who at his peak was nearly 400 pounds to someone just north of 200 pounds in just shy of 2.5 years should be studied for lessons learned.

Here is how I would look at this, from a five phase approach: 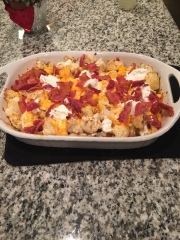 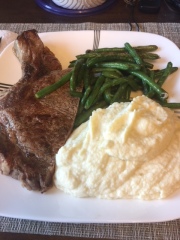 5. maintenance – Once you hit your goals, are you planning to stay at 20g of carbs your whole life?  No.  Mark Sisson’s book “The Primal Blueprint” has the perfect off-ramp to keto, which is to live a low carb, semi-paleo way of life.  This maintenance will have you first be in keto for quite some time to get your body efficiently burning fat, then when you hit your goal using 50-100g of carbs per day, you would then be able to eat 100-150g of carbs per day.  The big difference from what I currently eat to Mark Sisson’s plan is that his plan adds tubers and more fruits.  So, you can have sweet potatoes, apples, etc with his primal way of life.  I LOVE APPLES.  But he warns, that when you have weight to lose, you should go back down to the 50-100g of carbs per day.  His version of keto has less than 50g of carbs per day, and that’s about what I have now.   So many people that have done Atkins and keto without first doing the IIFYM for a long period of time then go off of keto/Atkins and splurge on everything they “deprived themselves” of over the last few months.  Get this.  If you never fix your food addictions, keto/atkins will just be another diet fad.  If you fix your food addictions over time, keto/atkins becomes a “way of life” that may have you occasionally enjoying something when out, but you don’t go into any form of binge or frenzy over shit.  You simply take a bite or two of the cheesecake, and put the fork down.  Currently, I found a dark chocolate I dipped in peanut butter and crackled some pink salt on it and it’s FAR BETTER than any milk chocolate I ever had with peanut butter.  My “treat” is 1g of carbs per square, and I might have 8 squares with 1 TBSP of peanut butter.  These are higher fat concentrations, so I have them after maybe a salad with 14 oz of chicken breast and olive oil/Italian dressing to add fat for the day – and satiety.  Below is a FAVORITE meal of mine, and between them, I’m looking at 1500 calories.  With my 200-400 calories of cream in my coffee in the morning, I may hit 2,000 for the day.  And my belly is maxed out with the romaine – and satisfied until about 4PM the next day.  Anyway – maintenance might have me eating some home made French fries once or twice a week in the air fryer.  It might have me eating an apple a day at some point.  I might have a banana after a long bike ride.

Best wishes to everyone.  If you have someone in your life that needs 100+ pounds to lose, please share this with them and point them to me.  I’m not a nutritionist, doctor of any sort – but I can tell them how I lost weight and provide my best lessons learned.  I am not licensed to provide medical advice – and those with serious conditions need to consult their doctors.  For example – people in my family have Leiden Factor V.  I do not.  While I am thriving on a high fat diet, the two top factors of heart attack are clotting factors and smoking.  So while I stopped smoking – my high fat diet may not work well with people with high clotting factors.  Some may work better with paleo, others with vegan, others with carnivore, others with weight watchers.  I just know I spent 25 or so years of my life dieting in one way, shape, or form – and the above framework led me to just under 150 pound weight loss and looking forward to competing in a sprint triathlon this summer.   My program helped me complete my first 5k in 36:01 this past Thanksgiving!!