The site for the man with many interests

You see, earth was temporarily moved out of orbit and the temperatures plummeted to what might be seen on Pluto.  In York, PA – the home of the shitty York Peppermint Patty – and yours truly, the temperate was a disgusting 21 degrees with wind chill at 13.  The race started at 9.  Up until 8:15 AM, I had been having the conversation in my head about how stupid this is. Last year, 5000 brave souls ran the race – presumably in a normal 45-55 degree range here.  This year, it turns out there were 4000 other stupid people who made it out there with me.  After looking at last year’s results, I was shooting for 3750th place out of 5000.  I felt for a first race, it would be “not bad” to finish at the top of the last quartile.  Instead of finishing in the “top 75%”, I finished around 2400th to finish in the “top 61%”.  Honestly, this was much better of a result than I thought.  I also want you to consider that the thousand people who didn’t run it this year were probably mostly the non-runners.  In theory, I may have finished in the top 55% had the conditions been ok and more people ran who were non-runners. 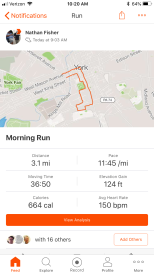 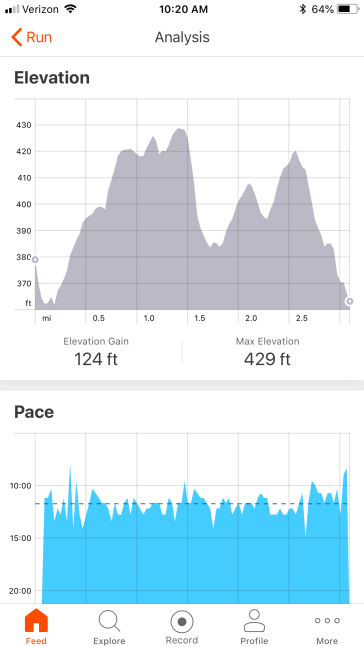 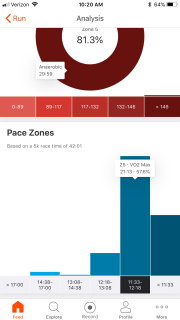 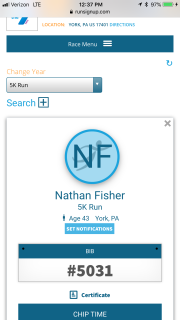 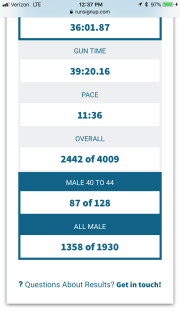 I might be grasping there – the point is, for a first 5k, it wasn’t bad at all!  I also may have been one of the fattest people running it, which shows me that fat people and 5ks don’t exactly mix well.  Instead of age group to run against, we should have a weight class.  I may have kicked some ass in that respect!!

My time was 36:01.  I was running out of my mind.  I didn’t even realize it.  I felt like I was running 13 minute miles and it turns out I was running 11:30 miles.  In THAT temperature.  People told me that when you run 5ks, you run faster than when you train.  I didn’t believe it, but I can see it now.  I used the pacing of the large group to keep me moving quickly.  Of interest – my time probably could have been about 1 minute to 2 minutes faster.  The first mile had a LOT of people that were very slow or walking (or the stroller people) and you had to navigate around them.  I couldn’t really feel my feet too much until about a mile in, as the temperatures were so damn cold they turned my legs to concrete pillars in 20 minutes standing around waiting for the race to start.

All in all, it was a blast.  I wish I had done it with a group – but my 40s is more or less about starting this type of network up and meeting others into this.

Thanksgiving was pretty emotional this year – not going to go into that here.  I’ll do another update on that subject in a few weeks.

What was a pleasant surprise was that the food was 95% keto friendly.  I didn’t even have to go out of ketosis for Thanksgiving!!  Let me tell you what I ate…

Appetizers: pepperoni, Italian meats, cheeses, and these crackers made of cheese.  SO AWESOME, and zero carbs.  Definitely buying a crate of these things for snacks!  There was also a cauliflower bacon thing going on, I only sampled that.

Dinner: turkey, cauliflower mash, and this brussel sprout/bacon/cheese thing that was pretty good.  There were some filling and non-keto things available for some.  I had seconds of the turkey and mash, but I didn’t eat a ton.  I probably could have eaten more turkey, but this year I wanted to save room for the desserts!  Also – BISCUITS!!!  There are these low carb biscuits you can make from something called CarbQuick – I was skeptical, but damn they turned out good!  I’m going to try and make some pizza with it ASAP.

Dessert: a low carb cookie (made by me!), peanut butter mousse (this was REALLY good!), and low carb peanut butter pie made by my cousin.  This is pictured below.  This pie had an amazing crust, GREAT texture, good sweetness – but the recipe, as is, needs some more peanut butter/salt.  We all discussed this, as it was the first time he made it.  Our family has something of an obsession with peanut butter if you can’t tell.  Absolutely terrific effort by my cousin and look forward to that again!!!

Overall, my portions were also much smaller than I’d ever get – naturally.  I sat down to dinner with maybe 2-3 ounces of turkey, 2 scoops of mash, and 2 scoops of the brussel sprouts.  When I went home, I felt I may have indulged a little too much in the pie/cookie business, but I didn’t feel “gut busted” like in years’ past.

A couple of things going on here.  I’ve been looking at doing this for some time.  Why?

Apparently, fasting has been around for thousands of years, and it was seen in ancient Greek times to be a treatment for epilepsy.  So, this isn’t “starve yourself”, this is meant to have your body “eat itself” to provide optimal health.  What essentially happens with autophagy is that stronger cells start to cleave “good parts” from weaker and dead cells to conserve energy.  The weaker cells are recycled and new, good cells are made.  I’m really liking the research I’ve seen on this, and the guy who came up with this won a Nobel Prize in 2016 – so this isn’t shit I read in the back of a woman’s magazine in the doctor’s office.

Doing this with keto is a match made in heaven.  I am mostly on OMAD during the week. When in keto, my liver glycogen stores are already depleted.  So when I start my fast, almost immediately I’m burning fat on my body already.  Keto and using ketones is also muscle sparing.  The first 42 hours or so of a fast has NO MUSCLE mass lost.  Despite what people think, the muscle mass loss doesn’t happen until around 42-48 hours.  At that point, it’s about a quarter of a pound of muscle a day you lose.

So, once every 3-4 months, you lose .25 pounds in muscle mass – but you completely rebuild your immune system from the ground up, get rid of cancer cells, and lose weight?  TAKE MY MONEY!!!

With the fast – some things to do:

To go off the fast, Thomas DeLauer recommends:

My takeaways from this:

So last week, the Army finally changed their web page to reflect some of the NDAA changes:

I’ve also been talking with the Navy about a position called an “Information Professional Officer”.  Previously, I had only seen that they were looking for cryptologists with computer science degrees.  That wasn’t my wheelhouse, so I sort of backed off from that.  I had then talked to an officer for about 15 minutes who works in this field and he didn’t seem to think my age would be an issue.  He did send me some Ht/Wt charts – and it showed I needed to be 5’9″ and 186 pounds – BUT if you are over this, as long as your waistline was under 39″, you were ok.  He was 5’10” and 216 – and I’m around 230 or so now, so I’m not THAT far off.

One downer though was that the Navy had yet to change their officer information for starting.  Where Army cyber warriors used to start at an O-2, they now can start anywhere from O-2 to O-6.  The navy still has their page starting someone at O-1.  The problem with this is twofold:

I’m also still waiting for the Air Force to update their page.  They have a DCO program, but they don’t have it available to the public yet.  They are in trials with it and started with 2 airmen, not civilians.  There is a cyber wing in Baltimore, which is close to me – so I’m hoping that gets stood up.

Overall, when the Army changed their page – and the knowledge of the IP officer – I went from a .00001 chance to maybe a 1% chance.  I’d still have to even get accepted by recruiters at this point, apply, then even get selected for an interview – then be selected.  It’s a highly competitive process.  I wouldn’t be sticking my hat in the ring if I didn’t think I could compete with the best out there.  I may come up short.  But those risks never taken become regrets later in life.  I don’t want that on me.

Give it all you got until you can’t give no more.

The irony here is that I’m not a gun nut.  I’ve maybe fired a gun a few times in my life.  I feel confident that warfare is moving increasingly into the digital sphere, and I have a lot of thoughts/experience with that.  My resume also stacks up with some of the best out there, so I’ll take the Pepsi challenge.