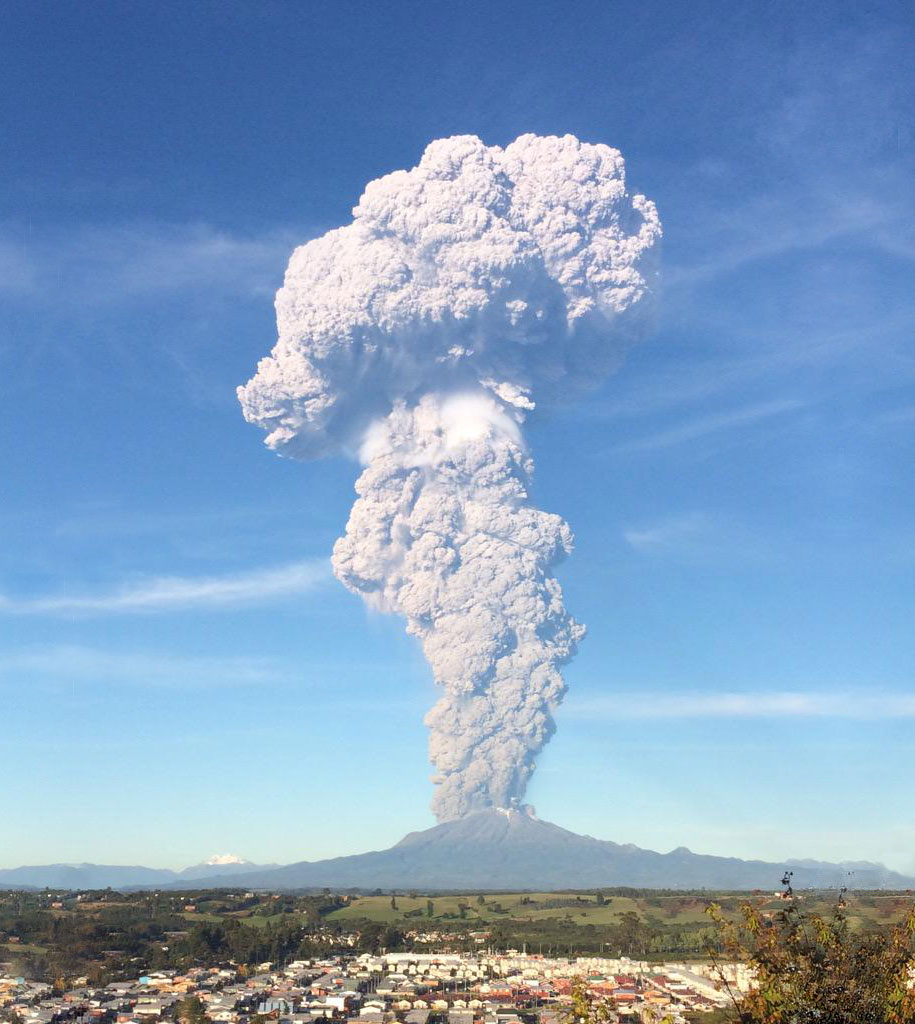 I LOVE this stuff. Who needs to go to a theme park and ride roller coasters when you have this??

Got D-STROYD yesterday on my trading account and about to get William Wallace’d today. But I STILL LOVE THIS. Some of my friends – angry as usual. NATE – WHY ISN’T PRICE GOING UP LIKE YOU PROMISED. Just like a weatherman may promise a 70% chance of sunshine, occasionally a storm cloud comes up. In this case, this storm cloud that approached presents conditions that are short term in nature, but ultimately SO GOOD for silver.

I also ran a poll on Twitter to see what the price would be. I think the technical guys who predicted lower prices got an accidental win because no one saw the 10yr going up THAT MUCH in such a short time. And if you saw you predicted that much of a move in a short time, please show me evidence of that prediction. We all saw the 10yr creeping up, but not this…

What happened? Recently, the 10yr went up almost 25 basis points at one point yesterday. Seems like foreigners no longer want to buy our debt, which is causing prices of bonds to fall and the 10yr to go higher. What happens in THOSE conditions is people look at the REAL YIELD. If the 10yr is 1.55% and inflation is 1.6%, then the rate is -.05%. The PROBLEM with this, as I pointed out previously is that we DO have massive inflation going on – but we are told to look at this 1.6% number as if we can’t get to 2%. I also wrote that they cannot let the 10yr run, because this makes “refinancing the house” more expensive – and for a lot of these stocks that are paying 1.5% dividend, people may roll out of them and into bonds.

So with this – the 10yr has to stop rising. They cannot let it run, or we start to default. The question is, how long do they let it run for? See…at SOME point, they have to intervene. Yesterday, Danielle DiMartino Booth said they may do Yield Curve Control soon, but they may also “extend the maturity” on some of these first. Check about 7 mins in. Ultimately, what this means is that the 10yr at some point could be capped while inflation runs hot. In order to cap this, the Fed needs to buy debt and put more dollars into the economy, further debasing the currency. The TALK of yield curve control appeared to be a MAJOR catalyst in gold and silver running hot last July.

What you are seeing now is someone hitting you on the jaw and fighting back, but they don’t realize the power of the upper cut coming when YCC takes place. Could that be today? Not likely. I think if this keeps running hot, they will have emergency meetings and do something. If not, the stock market could start to fall off of a cliff, and this isn’t what they want.

In the near term, I’m just not caring about price. Why?

When you wake up to see silver decimated like this, the first thing you wonder is “who blasted out thousands of sell contracts in THIS environment?” I have no idea who would do something so stupid, but it makes the noose even tighter. See – at $28 no one could really source bars, and lease rates were way up. LBMA metals were mostly spoke for, according to BullionStar’s Ronan Manly. When you start to see these prices falling, and no one can source metals, the first thing I’m thinking if I was a futures guy is – “let’s let them wash out to bottom, then fire everything we have at it and buy”. So what if it gets to $25, $24. Who cares. The price of silver doesn’t work on YOUR timetable. I had predicted the possibility of $35 silver today. Was I right? In a sense, yes. Check out the physical price versus the paper price. The further this disconnects, the more violent the unraveling will be.

I had mentioned previously that I was playing a game of chess and saw mate in like 13 moves. This was a series of moves I could force someone into, that they could not do anything but go the path corralled for them. They could burn time on the clock, but ultimately, their fate was sealed. It was just a matter of time. See…as price goes down like this, it can create a LOT more problems for the paper people. They are “selling” more product than they have. Ultimately, the physical will correct this when the time comes to collect.

Many of us were disappointed in the contracts for March. My one buddy just gave up, essentially. In all fairness, he doesn’t really read what I write, just wanted price to be $50 tomorrow. The truth is, at the end of the day. we saw 17,000 contracts for March, and we are now down to 11,000 “standing for delivery”.

That’s 55m ounces, and what I expect to see the first few days is about 20m oz to come off of the board. COMEX registered is still sitting at 135m oz, and I’d like to see this go down as the OI goes down. My theory is that a lot of this silver is window dressing. It’s there, but they legit don’t want to part with it. If they do, they can’t short anymore. And, the reason they short to begin with is to protect bond prices – according to Seeking Alpha:

“But if you can’t raise interest rates, the only way to stop a dollar run and a flight into precious metals as a monetary reserve is to push the paper price of silver down by shorting silver futures. Banks have a vested interest in doing this because if the dollar falls too fast, the value of the bonds on their balance sheet plummet, causing a systemic banking crisis. If silver stops rising in dollar terms though on the paper markets, the demand for it as a monetary reserve tends to eventually ebb, stabilizing the dollar that way.”

So right now, bond prices are falling off of a cliff. They cannot let silver run. So I at least understand the game here. However, they are on a clock because watch this….

What you see is at the end of every month, price of silver dips way down, then the beginning of the next month comes up for the first few weeks. It was suggested this might be firms taking profits every month. Sell off at the end of the month, bank profits, buy back in low. Rinse and repeat, every month. However – what you are about to find is with the COMEX deliveries, something interesting is about to happen.

Starting today, and going into March, you WILL see prices rise. They will knock down the first 5000-6000 of these 11,000 contracts down by mid to late next week. Then….you will see perhaps 5000 contracts still on the board. This is the window display metal they have and CAN deliver, but do not want to hand over. Rather, they go to the spot market to try and source. This is where everything comes together.

And then the plan shifts to phase 3 for the next few weeks as 1,000oz bars simply do not exist at the $26 whatever mark. What I noticed in December, for 10,000 contracts, was that 4 days during that month there were ZERO deliveries and they did not fulfill the last 11 contracts until the last day. What I see is that price needs to go significantly higher by end of next week in order to really source any bars.

So this paper game right now is not really doing much of anything except discouraging people that just look at price.

Remember, checkmate already happened. They just don’t know it yet. They are trying to run out the clock. I saw a thread by Deso yesterday in which is outlined what I thought as well – Sept 16th, 2019 is when this all broke.

Just very few of you knew about it. This is the event that got me involved in this sector about 18 months ago. When I saw this, I knew something was very wrong and started researching what the problem was, and how to defend against it – which is how I wound up with silver and miners. Deso pointed out that is where he felt things broke, and he also elaborated on this thread how he feels THAT was the true beginning of hyper inflation. He made mention of the “50% per month” number defined as bogus. I heard the interviews he is referring to and the gentleman was very angry that people are misunderstanding the term “hyperinflation” and NOT defining it at 50% per month. I think Deso also pointed out that you need to be able to understand WHAT hyperinflation actually is – and it appears that it is the inability to stop printing money without economic collapse. Where we may SEE 50% per month some day, the MECHANISM broke to keep inflation in check, and thus he feels the elements are in motion – it’s just his Richter scale is detecting a volcano explosion with the inflation far before it happens. I concur 100% and this is why I’m full in on metals and miners with my liquid assets. I do NOT recommend anyone going my route. I also have a few rental units and feel with a hyperinflation scenario to come, a fixed price asset that continues to print higher and higher revenues is a pretty damn good asset to have.

In the meantime, some more physical has hit the shelves and I’m about to reload next week on some premiums coming down.

When this bottom is found, well there’s going to be a VERY strong move up!! I’m going to be loading up on some options at the bottom for some of my miners. Take a second look at my pictures above, and you will see violent moves up after strong moves down at the end of the last 6 months.

And I’ll leave you with this…