Unlike vegans, the keto folks can have some cheat meals from time to time.  My “religion” focuses on minimizing carbohydrates to maximize usage of stored body fat.  It doesn’t mean every now and then I can’t indulge.  The last 2 weeks have been a roller coaster of sorts, and the last 2 months have been more “low carb” rather than “keto”.  So – what happened?  What did I do that you can learn from?

First – there’s a principle most of us do when eating, and we usually don’t know it.  “What can we get away with and still achieve our goals?”.  For some of you, this might mean tracking every calorie and realizing you have 50 calories left before bed and having a snack.  For others, like me, this might mean taking carbs to the max and still monitor weight loss.

My last weigh in, I was not really strict with keto leading up to it.  The next 3 weeks, I’m going to be really dialed in.  More on that below.

3/23 – I saw Miss Saigon in Philly with my brother.  For dinner, I had some chicken parm eggrolls, a drink of scotch, some bread, and split a piece of cake with the wife.  I probably had 100g of carbs that day and “felt” being kicked out of ketosis.  Suddenly, I get thirsty, and all of that water I drink gets stored on me.  Most of that week, I was carrying around my “street weight” at 226 or so.  I also had my kedough pizza on 3/21 and 3/26 – massive, massive quantities of cheese.  Nothing was “moving”.

3/30 – Had my kid’s birthday party.  In the morning, I was still 226 and that day, I had a LOT of blueberries, strawberries, and a piece of cake.  I had also found low carb hamburger and hot dog rolls – 15 net carbs each, and had been eating them for a few days.  I had meatballs with the low carb hot dog rolls.  I had a piece of birthday cake.

To top it off, the last 2 months or so I was having more and more chocolate after dinner.

I wasn’t spiraling out of control or anything, but what I had found was a nice “diet” I could eat day to day when I hit my goal weight.  The problem was, I wasn’t at my goal weight yet.

And this is what I needed to re-focus on.  This summer – there will be a day I eat blueberries.  Another day I eat fresh strawberries or peaches.  But I don’t project hitting my goal weight until September/October.  Until then, it’s ok once in awhile to up the carbs to 75 if I’m biking 20 miles, but I plan on being dialed back in for quite some time.

4/2 – I had the last of the blueberries in 2 cups of 5% greek yogurt with swerve.  WOW.  But it was probably 30g of carbs.  I knew I was about to do a 3 day fast to get back into a deep ketosis state and shed all of the water I’ve been holding.

Most of what I do is probably 3-3.5 weeks of 30-75 carbs per day, and then 3-5 days before weigh in, I will go strict keto with maybe 30 or less carbs per day to get into a keto state and release a lot of the glycogen in my liver and muscles.  I walk around most of the month 4-5 pounds heavier than my weigh in.

Yes and no.  I may have some days where I’m eating nothing for breakfast or lunch and have eggs for dinner and might hit 20 for the day.  This will dip me more into ketosis.  Then, I may have another day where I’m eating my cabbage/chicken for lunch and have a loaded cauliflower and chocolate for dinner and all of those carbs might add up to 75 and drop me out of ketosis – or at least keep me in a very low level of it.  I don’t care.

What I care about is each month I’m lowering my body fat percent.  If I’m having too many days at 75g of carbs and my weight loss is slowing, I will maybe take a week and dial them back to 30-50 per day to lean out.  This is usually what I do before my weigh ins.

What I’m doing now is pretty strict for the next 3 weeks.  I need to hit my 214 goal.  This will take me under the 26% for the military testing, get me at 39″ with the waist.  From here – everything I lose in May/June/July prior to my triathlon in early August is icing on the cake.

What I can tell you is WOW – I am much sharper when in a ketosis state.  I mean SHARP.

For those of you doing keto and finding YOUR way, there is no PERFECT keto.  Some days you might be on the upper end of your carbs and slightly dip out of ketosis.  Your immediate result of this will be the scale going up.  This is where some of you get discouraged.  “Keto isn’t working.  I don’t understand, I had 40g of carbs and I gained weight”.  Well, when you look under the hood, you are seeing that it is having these keto snacks with tons of carbs, but they use all kinds of chemicals and weird sweeteners to tell you something is “4 net carbs”.  If that is part of your 40, that is your problem.

Generally speaking, I count TOTAL carbs – with the exception of my swerve in the morning.  That’s what I at least try to do.  On your end, you might work with net carbs for everything.

When I did my 72 hour fast, I depleted my glycogen stores and dumped all kinds of water.  The bloat disappeared.  Once every 3-6 months, something like this works for me for a reset.  I’m now looking forward to my eggs today followed by eating as much of a whole chicken with butter and paprika as I can tonight.

All of this week, I will be eating chicken breast and salads.  Fasting Friday – then another weekend. 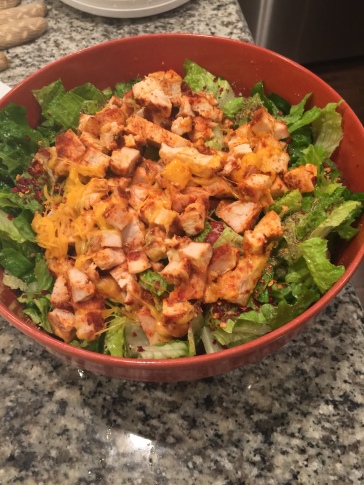 For YOU, you need to observe and dial in what works for you.  Some days you might have the higher end of the keto spectrum and gain some water weight.  Other days you may have 20 or less and drop the water.  It’s about the long haul.

When I hit my goal weight, I will be spending a good amount of time in the 75-100g range of carbs to get my body used to burning some carbs.  Long term, I will be doing the primal way of living, where I can have some potatoes and fruits.

With low carb, you’re not really in ketosis, but you’re in a state where your body is trained to burn fats primarily, but you also have enough carbs to sustain some explosive workouts.  THIS is the zone I want to be in for triathlon training – about 100-150g per day, mostly on the low end of the glycemic index of carbs that I do have. 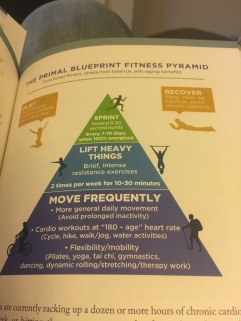 Of most interest – WOW, I’m really sharp when in ketosis.  When I’m in the gray zone outside of keto, I do feel sometimes a little bit of fog or memory issues.

You also have to find what works for you and what doesn’t.  Get this – those pictures of zucchini I post?  LOVE it.  It does, however, kick me out of ketosis.  I might have it on a Sat/Sun when I bike a ton, but I might be 3-4 pounds heavier when Monday comes.  By Thursday, that weight is gone and I’m under my start.  As long as you know how foods work with you, and you realize you didn’t just accidentally eat 14,000 calories more (4 pounds), then it’s reasonable to know you dipped out of ketosis and you added water.

Work the system.  Dip back into keto for 4-5 days before a monthly weigh in.