Is Ford a good investment at this time? I take a deeper dive and compare the F150 Lightning to Tesla 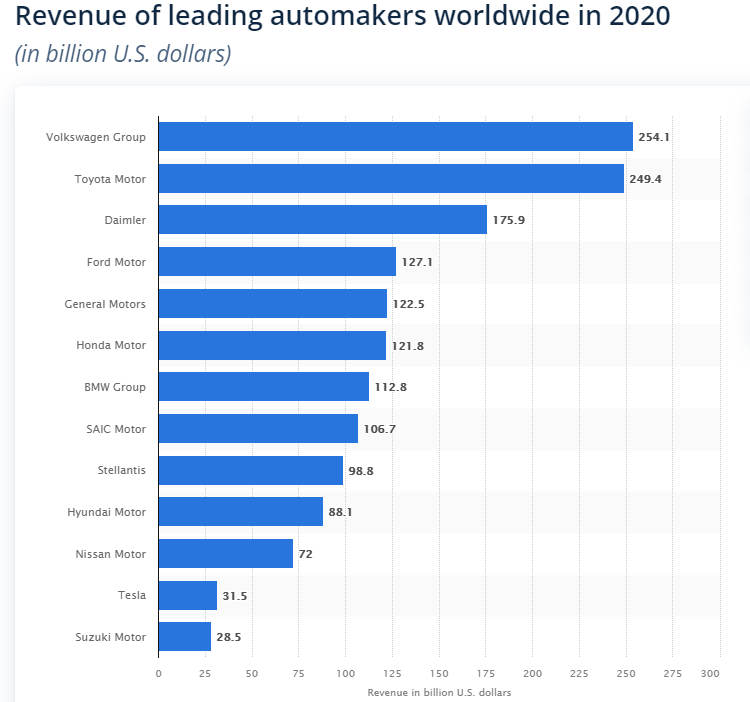 This is NOT financial advice. I am NOT a financial advisor. I am a Ford 150 Lightning fanboy and I’m interested to see if there could be a “Tesla effect” to the Ford stock price. First, I want to look at stock price fundamentals to see where we are.

While many of you landing here are gold and silver fans like me – these are the type of things I’d like to hedge against PM stocks and look for taking some profits and buying some of these things. Metals may have pullbacks and down months, and I’d like to be more diverse so I can make some loot on these when metals are dogs.

Ford – a look under the hood

I have to tell you, if you look at Ford’s financials and compare them to other car companies, it’s no bueno. I was so excited about the Ford F150 lightning the last few days, I bought a tranche of Ford at $17.90. But this doesn’t mean the balance sheet jumps out at you.

My buddy….”Ford is a dog”. It’s hard to disagree after taking a deeper look.

I hadn’t dug in too much, or rather, not at all. Have the tranche. Let me take a deep dive. First, let’s compare this to their peers. I put out a graphic with the largest companies, by sales. Let’s review.

With this, I never heard of 2 of the car companies, and I stopped after Tesla, so we have a nice 10 to compare. What I wanted to get was a high level understanding of their performance to peers. I wanted to know:

Look, I took a bunch of accounting classes and hated them, but it got more fun when I got off of the paper ledgers with pencils and did ratios in Excel. I did like how ratios would come out and paint a picture. I’m not doing things like “quick ratio” and all of the 25 bullshit ones you can throw together in the weeds. There are millions of people better to ask than me about valuations of companies. This is the sniff test at 50,000 ft.

Here is the data…

Might be a little hard to see if you are on your phone, but I will more or less give you the highlights from what I see here:

When you take these numbers and make some judgements on them, you see Ford is not a highly profitable company relative to its peers – at this time. The 2% or so net income is much lower than their peers – all except Toyota and Nissan. What I would be doing if I was Ford would be looking at discontinuing production of cars with lower sales and lower profit margins, while trying to source better and lower prices – if possible. Make a cars with a lot more like parts. Consolidating some plants might reduce operating costs. Wondering also with labor costs here – if this is driving down margins. Overall, Ford has some real shitty cars and I don’t know why they keep cranking out some of these. It seems the traditional F150 is a great seller for them. But what else do they sell? I can’t seem to find numbers by model, but I did find some F series numbers and it seems like they are a good chunk of Ford’s sales.

You look at Tesla and you just see how the stock price is parabolic. Investors won’t get any real yield on this for a thousand years it seems. They don’t seem to care. With Tesla, you have a sort of cult following Musk and it is all about the stock price and no fundamentals. You also have a stock price that has withstood many short attacks and is essentially AMC and GME before their gamma squeezes became popular. Lately, their stock price has been pushed up on what’s been described as “unusually high OTM call option buys” which force brokerages to buy the underlying stock. This then potentially drives the price of the stock ITM. Essentially, there’s a financial contingent rigging the prices higher with a ton of call options – this will not end well on the other side of this.

By any nature of any metric known to mankind, in the history of the stock market, Tesla has to be one of the most overstretched companies ever. AVIS just entered that stratosphere in the last 48 hours it seems. I’m sure there’s a lot of you out there that might rattle off half a dozen or so, but this is insanity. I did see Tesla at 1600 or so P/E ratio, so now that they are more profitable, this number is coming down. Many wonder what might happen post EV tax credits and government gimmicks to buy EVs if this may reduce Tesla’s profitability?

One thing for sure is that Tesla cannot grow into a 389x PE ratio. No chance. For now, this is treated as a hit tech or biotech company. The stock is trading as a hot commodity not based on any real numbers, and those who own it seem to HODL it. However, they have a solid balance sheet and maybe over the next few years the PE could come down the 300x lol. Right now, the stock is on another tear which probably will take this up to about a 600x by the end of the quarter if this holds.

But what about Ford coming into the EV game with an EV pickup that doesn’t look like it’s a pickup from the year 2432? Most people I know who own a pickup truck would be turned off by the Cyber Truck looks. By a lot of metrics, the Cyber Truck is “better” when it comes to things like range and horsepower, but the F150 lightning has 11 outlets and is sort of built to be a work truck for Joe Sixpack. Which looks like the truck he has now in the driveway. It is not futuristic flashy, and looks just like the truck parked in their driveway. Meaning, most of this market segment may be far more interested in the F150 lightning than the Cyber truck.

Now, is Ford going to get a cult-like following like Tesla? Probably not. But could you see some rabid investors make that leap? Hell yeah.

But what you COULD see happening is over a 24 month period, Ford trimming some of the shitty cars out they are making to then roll out some EVs like the F150 and Mustang. Due to Ford’s production capability and distribution network, it could be a lot quicker to catch up to Tesla than anyone wants to give them credit for.

Ford right now is trading around $18. Could a VERY successful (and profitable) F150 lightning and other EVs with higher range put Ford on the “hip” side of cars and start to trade like a Tesla? If not, why not? Anyone who WANTS to invest in EVs are pretty much only looking at Tesla – the other companies were soooooo far away.

What SCARES me about this is the charts.

You can see Ford is now in a resistance band – where the last three low periods have been met with a nice boom – we are at the peak now of the last several moves. I bought a small tranche of about $1000 in them. It’s very possible this retraces back 50%, but I think I’ll put a 10% stop on it in case of an accident. What intrigues me here is that we may be in the making of a 5-10% correction and a blow off top to ensue – but we could just continue to melt up in an MMT paradise. THIS tranche is hedging on that. Meaning, there may be those priced out of Tesla who want to ride another EV company up, and with Ford’s history and brand recognition, this is possible. The weekly RSI is off the charts. I took a small tranche in the event my metals go sideways to down, this would probably melt up further.

But the thinking then is what if Ford caught up to Tesla before all of the rest of the EV wannabes? It could be possible inside of 2 years where the F150 lightning is selling 250,000 units a year and shitty, low margin cars are replaced with high volume sales of an EV mustang. Meaning, Tesla would not have the market cornered anymore on those wanting exposure to EV cars. If I see us go through this resistance like butter, I may add another tranche or two and put some tight trailing stops on them.

While this doesn’t mean Ford’s share price would go from $18 to $1800 to do a 100x, why couldn’t it go to $100 and do a 5x? IF Ford has this capability that Tesla does, would this not potentially starve off many from investing in a wildly overstretched Tesla? If Tesla’s share price is not trading on fundamentals, why should Ford’s?

So while it is insane to look at Ford’s debt at the moment, as well as their profitability and P/E ratio and insist that the company would double their stock price, it is completely rational to look at today’s market – and with a strong product offering – completely change the fate of the company overnight and attract a lot of new investors.

Could the stock double in a year? Hell yeah. Could it do a 5x in 2 years? Why not? Could it do a Tesla in 5 years? Most likely not, as other companies will be creating more EV offerings and catching up to everyone else. But I think with a big fall ahead for Tesla, EV investors may be looking for where they can ride up the next Tesla, and Ford might be that next irrationally priced company which moves on fanaticism rather than a fundamental valuation with P/E ratios and traditional valuation methods.

2 thoughts on “Is Ford a good investment at this time? I take a deeper dive and compare the F150 Lightning to Tesla”