How I trained for a triathlon and finished better than 40% of the field. And how you can too. 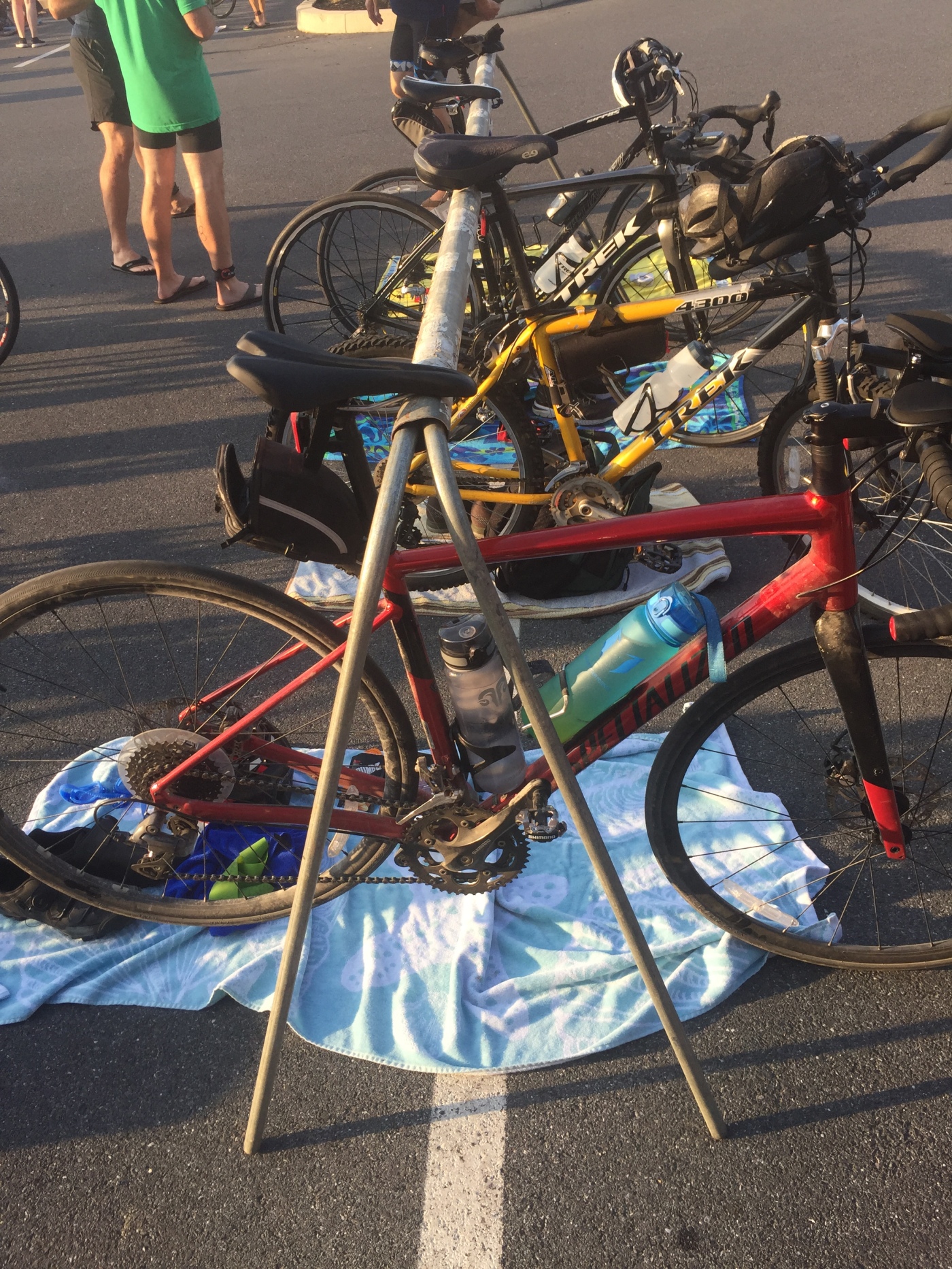 With all of the craziness with lockdowns at the moment, I wanted to write a post to remind people that you can get out and bike and run – and all of this sunshine is really good for you!!

Recently, I had been reminded of the basics, and how I needed to start in the mail room again.  This past August, I competed in a s sprint triathlon and finished 138 out of 238.  My first triathlon ever!!  Needless to say, I believe I’m hooked for life!!

People reading this far – I assure you, you can do this.  You do not need to be superman to do this, trust me.  Let’s start with the basics.  What is a triathlon?

The sprint triathlons are on the shorter end of the spectrum – with the “iron mans” on the far end of the other spectrum.  I did a “modified sprint” because where I live there are no oceans and the lakes are kind of mucky and gross.  It starts you in a pool.

To put this into perspective, the ironman is insane.  Someday I’d love to build to a HALF ironman.  But an ironman is 2.4 miles swimming, 112 miles biking, and to top it off, a FULL marathon at the end.  I’d love to do a half – which is…1.2 miles swimming, 56 miles biking, 13.1 miles running.  An Olympic is between a sprint and half ironman, with the swimming off a bit.  An Olympic is 1600m swim, 24 miles biking, and 6.2 miles running.  I could complete an Olympic tri, today.  However, I don’t want to crawl over the finish line.  When I do this, I want to crush it.  That may be 15 months from now.

Getting back to it

I ran a 5k on Thanksgiving morning, and a week later my mom passed away.  It was a tremendously tough time in my life.  Just before my first triathlon, I had weighed in at 197 and my “game day” weight was 206.  The week or two before I had slimmed down with my extremely low carb days, and leading up to the race I was using more and more carbs for explosive energy.  By the time I had buried my mother, I was somewhere around 215, and towards February I had creeped to 220-225.  Most days now I’m somewhere in there.  So – this puts some of this in context below.

In late February, after not having run for 3 months and gaining 10-15 pounds or so, I tried running.  Let’s just “get back to it”.  I worked on this for 3 weeks and it was abysmal.  I tried the extremely low carb diet with this and it was nightmarish.  I was doing “slow jogs” and my heart rate was hitting 157-160.  WTF???

In mid March, I pulled the plug on it and decided to get back to basics.  I started walking the dog as much as possible.

In May, I started my running again, and yesterday I did 3.4 miles in my “long run” with most of my HR being 115-123.  I started biking again and I didn’t lose much of that.  It took about 3 weeks for all of that to come back as well.

The overarching concepts are:

I’d go an do a slow jog for mile with a fitbit.  SLOW jog.  If you are south of 125 beats per minute (bpm), I think you’ll be fine for starting.  Most of you won’t.  A lot of my friends would write to me “I can’t jog slowly, my heart rate is 155”.  To me, that relates to what I just experienced above in February.  This is months or years without running.  If you have a heart rate that is WAY high with a slow jog – spend 1-2 months walking good distances, utilizing hills to build strength and cardio.  Hiking was awesome for me for this purpose during the offseason.  This past fall/winter is when I’d normally do this, but I was otherwise occupied this year.  So I believe this is how I lost a lot of my cardio endurance.

So on and so forth.  Point is, I learned to run 3 times a week, and never really ever run on back to back days.  I’m not trying to run a marathon here!! 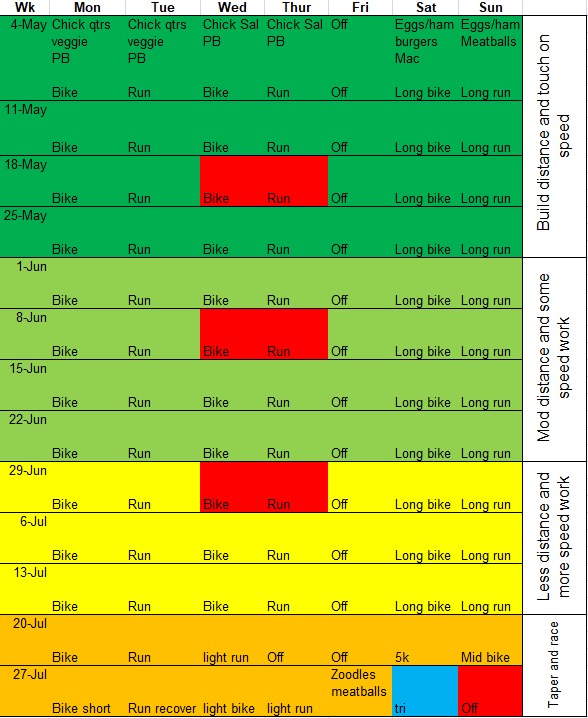 Here’s how this kind of works:

In week 2, you repeat week 1, but perhaps add 5-10% of the time or distance.  I used to run by distance only.  Today I am more time oriented with distance as a ballpark.

run 3 – zone 1/2 long run.  At this point, I’m doing “over-distance”.  Where I was more or less somewhere around the 5k distance in month 1, I’m now building towards a crescendo of maybe 4.5-5 miles by the end of month 3.  Don’t add more than 10% distance/time per week or you risk all kinds of issues.

Month 3 – at the end of this month is your race.

Race day  – about a week out, I’m doing my last long run.  For me, this was a 5k race the Sat before my event which served as a nice tune up.  The “taper” for a shorter sprint race doesn’t need to be crazy.  The Tuesday before my race I did some light running with a couple of sprints.  I then took a few days off to get some “fresh legs”.

The above dealt with the running.  The biking is similar, but 15.9 miles isn’t that long, believe it or not.  Last year, I had gotten up to 45 miles at a time.  So the “over distance” part I had down.  The problem was, that I did too much over distance.  I didn’t need to bike for well over 3 hours for a 1 hour race.  What I should have done was focus more on hills, sprints, and building strength in my legs.

What you want to do with the bike is do them on opposite days of your runs.  Occasionally, do something called a “brick” workout, which is a bike immediately followed by a run.  This gets your legs used to running off the bike.  Trust me, you can get some weird jello legs off of a bike trying to run if you aren’t used to it.

With the swimming – I used to swim 30 mins at a time at my JCC…at times building up to a mile of laps.  For a 300m swim, well, it’s overkill.  I think most of you, if you have built up the aerobic capacity with the running and biking, don’t really need to worry about the swimming.  For me, it was like 7 minutes of my race.  Don’t go too hard with the swim, just get it done.  The VAST majority of your time in this race will be the bike, followed by the run with just a FRACTION of time with the swim.

I think my time was like an hour and 45 minutes, and that includes the transitions.  I really wasn’t good at this and until you do it a few times, you need to then find where to find efficiencies.  My bike for 15.9 miles was 1 hour.  My 5k was like 31 minutes.  My swim was like 7 minutes.

Why am I going to spend hundreds of hours training to take my swim time from 7 minutes to 6 or 5?

For me, the massive focuses this year will be:

5k meelard shuffle: extremely hilly.  Last year did it in 31 mins.  Hoping for sub-30 this year.

Lititz tri – hoping for sub 1:40 this year and finish in the top half.  I was derailed and put on some weight, so I don’t expect to smash last year’s time.

Overall, I’d like to get to 165-170 and then build up the distance next year.  At 220-225 right now, I CAN to longer distances, but I also don’t want to put that strain on my body.  I have proved to myself and others I can run 8 miles and bike 45.  Who cares.  Right now, I have to take care of my body and continue to train responsibly for my age and frame.  And what this means is to do my training program, eat right, prioritize my health, and gradually build up.

When the Turkey Trot ends – I plan on doing hiking for 4-6 weeks and resuming running lightly in early January, hopefully still at 180-185.  My season goals next year are to run the Turkey Trot at 165.

This is me at about 205.  I think at 165 I might seem gaunt!!  My legs are insanely tree-trunk like and I can probably lift a small car with them.  I have to lean out if I really want to move a lot more quickly!!  I like the idea of having powerful legs for the hills with running and biking, but you don’t need that kind of power if you’re running with 40 less pounds.  Think about that!! 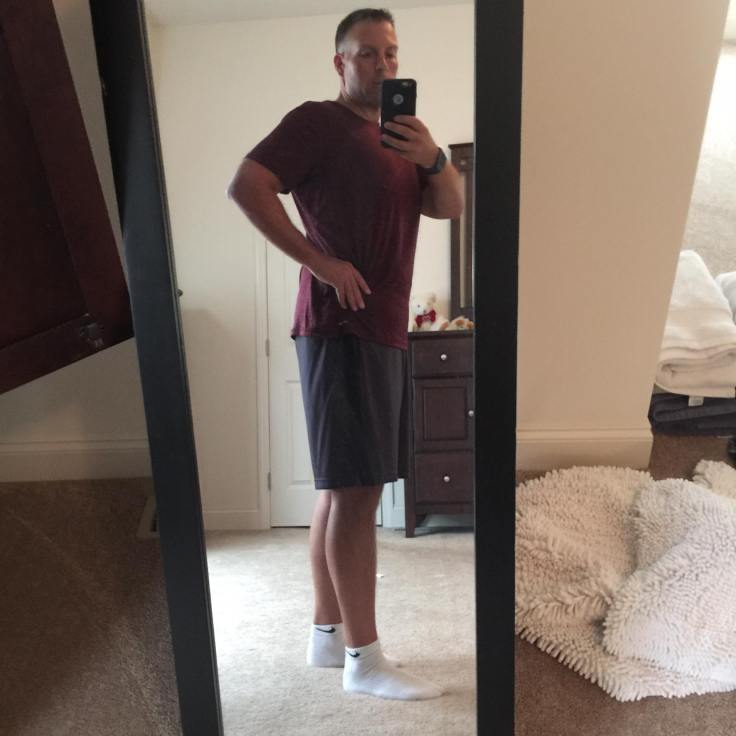 So – lots more salads the month of June with less of the fruits.  Training will hurt with less carbs.  I will add some more carbs back in July as I’m doing my sprints. 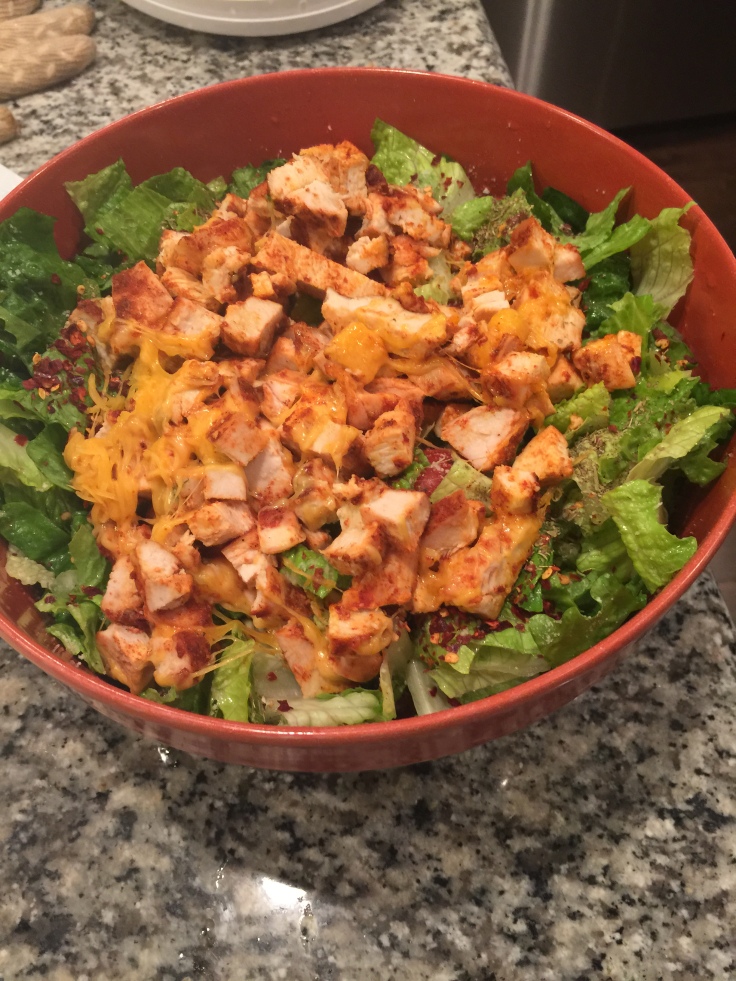