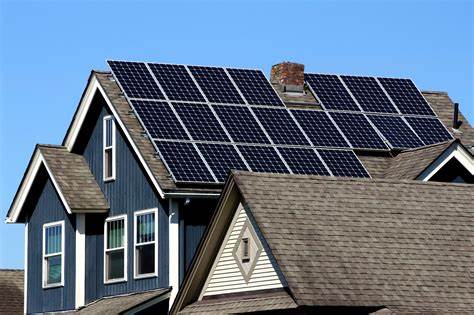 As I mentioned in an earlier post, I felt some in the solar industry were really, really shady. Luckily, my experience with Lumina Solar (and Matt) on Friday helped change my opinion of everyone in the industry. I had a really good meeting with him for about 90 minutes, and I think I could have talked shop with him all day if we had the time.

Some things you need to consider when getting solar that no provider had mentioned to me, up until this point…

I have an estimate coming to me from Trinity on Monday, but their salesperson was trying to warn me of the cost of the battery. Again, people trying to sell me NOT buying the battery. What the sales people don’t understand is I’m pretty good with numbers and finance, so THEY are concerned about a shock number that scares me away. BAD MOVE, PETE. Give me the sticker cost for the price of the system, show me how finance options change the price and why, and provide me a system design that meets my needs.

One thing Matt went over is that with one battery, there’s only so many solar panels that can be running at the same time to juice up the battery. Something like 25. Meaning, if my solution was 32 panels, then 7 of them would not be hooked into the battery at all and would run on a separate but parallel system. Meaning, the batteries can only take so much at a time, and just because you add more panels, you can’t juice up the battery faster without voiding a warranty. Matt came up with a solution that covers 116% of my energy costs. By far, the best so far. So many have been focused on meeting my exact needs, for a 100% replacement, no one has been listening to my requests for more power than I need. The idea is that we may get an electric car or two down the road in the next 5-10 years with everyone else. If there’s extra, I can sell it back to MetEd, and get credits.

This is why sadly, I have to eliminate Solar SME at this time. Why? They came up with a good solution through Energy Sage, but they didn’t have a battery added. I worked with their sales guy and he added a battery to the quote. I then got to a point where I wanted a sales person to come out and talk with me. Check the roof, kick the tires, and ask me about my needs. The mistake Solar SME did overall was tell me they would not send someone to my house until I signed a “non-binding contract”. I told them, “I’m not signing anything until I talk to a sales person”. They said they don’t do that, but might make an exception. BAD MOVE, PETE. If you are trying to sell people $30,000-$100,000 worth of goods, you need a face and person someone the buyer can talk to and ask more specific questions. The “non-binding” agreements was THE CONTRACT. Tried to slip that one past me. Again, BAD MOVE PETE.

What Matt at Lumina designed was based off of my needs. I have a 16 month old and a 12 month old. Those reading thus far are probably part of my PM community and understand clearly what’s going on with inflation. A big part of me sees energy costs skyrocketing over the next 25 years. My electric usage of 13,800 KwH at $150 avg per month I see doubling inside a year or two, and inside 10 years, perhaps 3-5x from here. The idea with the solar is you can have a fixed energy cost over the next 25 years at today’s energy prices while everyone else gets the inflation hit from the power companies.

This system designed comes in at producing like 16,500 KwH in the first year. This is 116% my need as the design said. I know I can sell extra back to the grid, and I get credits for my extra and every March or so they cash me out and it resets. This is a lot of extra power, but these things also degrade over time, so my hope here is that over the next 25 years, I do not need one kWh from the power company. I’ll still get a base bill of like $8-$11 every month from MetEd, but not sure how that works if my credits are a lot more. This is MORE THAN I NEED, but given I work from home and am in the tech industry – and may buy electric cars down the road, I like extra room to grow my power needs. Once and done for 25 years. No need to go back 5-10 years from now and try and add and retrofit.

With the battery, I had some more education with that. I was focused solely on the math with the kWh, but not the juice that it can take or dish out at once. Meaning, when the AC or sump pump kicks on, there’s a spike in amps. If you cause too much of a spike, it can trip your battery and you are down. I had initially sough a solution through Solar SME for an $11,000 9.6 kWh battery, but the problem was my needs of the freezers, sump pump, refrigerator, and electric for the timer/settings on my gas oven would not be met. Even a powerwall with 13.5 kWh would not do it. And, only 25 solar panels could feed into a Powerall. He talked to me about 2 – but the first thing I thought was sticker shock of $400 per month payments and said no. Matt worked up many different financing options for me, and I found that I can have my cake and eat it too, for $250 per month.

I went into a much longer discussion on this in my last post, but I wanted to revisit this. Most people who have solar are people who like green stuff and want to replace their $150 electric bill with a $150 solar payment. I get it. But I’m 20 layers deeper on this than most people.

I have written a lot about inflation since perhaps January 2020, right BEFORE COVID and the stimmies. I started stocking MAD food here in February 2020, again, before lock downs. When the great TP incident of 2020 happened, I already had a year supply while all of you were scrambling everywhere.

So why a battery? Here are some big picture bullets….

I am pretty sure I’m going with Lumina with their solution. Remember that free $139,000 I talked about? That’s going to come down a bit. Had I done all of this two months ago, maybe. But let’s look at some things here.

The giant system with 116% power and 2 Tesla powerwalls comes out to be about $80,000 at 1.99% with the unsecured financing baked into the cost. Meaning, they add something like $10,000-$13,000 to the base costs, then give you lower APR. You could do cash costs on credit, but with this unsecured loan you are looking at 5.7-7.5% which gives you higher monthly costs. I’d do this option IF I was going to refinance it into my home loan in a few months.

But Nate, this is ADDING $100 to your electric bill per month? Yeah. Kinda. But not.

I think I’m going to proceed with the refi on the house as well, and take this from a 2.99 over 20 to 2.5% over 20. Because of crazy inflation, my house value has appreciated substantially. Meaning – if I do a refi now, I eliminate $70 per month of PMI.

Using an amortization tool here, you can take a look at what I’m seeing.

If I do this with solar, my monthly costs are $1850 for the mortgage and $250 for the solar with the $50 SRECs per month. This total over 20 years is $492,000. With this, I’m also looking at the end of this to be owning the silver in the solar panels – which actually could have a very nice recycled value at the time.

So – on Monday I think I will make up my mind and talk with my wife. But what this LOOKS like, is someone is paying me $300 per month to take their solar panels, allowing me to make extra money by producing extra power, and allow me to have battery usage as insurance to protect my family, my food, and my home from water damage.

Your mileage may vary, but this is starting to look like a really, really good idea.

9 thoughts on “Solar panel series – Part 4 – Course reversal, learning more, and coming to a decision in a few days”