Every year, as New Years rolled around, so did another gimmick fad diet that was doomed to fail.  As I mentioned in early blogs, I’ve lost weight before.  This time, it’s much different than the others.  I used to also have a lot of trepidation when it came to committing to these diets.  The Atkins worked for me a few times, until it didn’t.  Zone, fat free diets, etc.  In my previous writing, I also went through the phases of the “death of the diet”.  This is something else, entirely.

My life is different.

Much of my adult life, I’ve been juggling chainsaws with flaming batons while also trying to ride a unicycle over the grand canyon.  Six years of grad school, long commutes, not planning out meals.   I used to party a LOT in my 20s, and today I think I’ve had one drink in the past 4 months.  I used to smoke, and that period of my life has been mostly over for a few years.  I just couldn’t balance all that life was throwing at me.  Stress took over, and the vices took their grip on me.  While stress is still there, it’s to a much lesser extent, and I’ve now made ME a priority in my life.  I’ve had to work hard.  Damn hard.  I was out of work one time for 15 months in my 20’s.  Never again would someone take work from me, and my industry is fickle.  I have had to work….HARD…for 15 years to get where I am.  I’m proud of where I am now….and it’s time to take care of ME now, in the health sense.

It was chaos.  And…it got to a point when I hit 40, that I really thought I might not live until 45.  It’s also when I started writing this blog.  I wanted to ensure that if my boy didn’t have his dad around as he grew up, that he’d be able to print off a bunch of my wacky writings and he’d have my thoughts and musings forever.  It’s some powerful shit when you really think about it.  I’m writing a blog so my son knows me as an adult.  Really process that for a minute.  The years of stress, partying, fun until 3AM…every last moment I’ll remember and not forget.

But, my life is different these days.  I promised myself when I finished my MBA in August that I’d have a send off with the guys, and then my life will change.  There’s no excuses left.  There’s no time left.  It needs to be now.  And, it needs to be executed flawlessly. I’m in bed by 8 most nights.  I drink 5 quarts of water a day.  I meal prep like I’m about to be a hostage in Iran.  I clock out of work now instead of stay on for hours later.  I am no longer dependent on anyone else’s input as to what fuel goes into my body but me.  I mysteriously have will power after I cut out the shit foods.  I am able to have a “cheat” meal or two per week – BUT I do NOT go over my calories for the day.  I can eat any food I want, but choose to put the highest octane in.

To prep for my lifestyle change, I watched a ton of vlogs.  I still do.  Every night. Often, these are inspirational to me – several of these vloggers lost well over 100 pounds.  It seems like the same patterns, and usually the same success story:

Here’s the type of youtube items I watch, nightly: 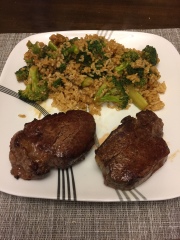 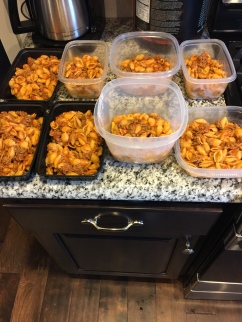 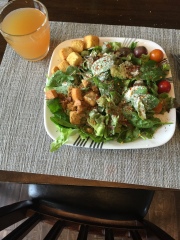