Why Sam Bradford should suit up for the Eagles 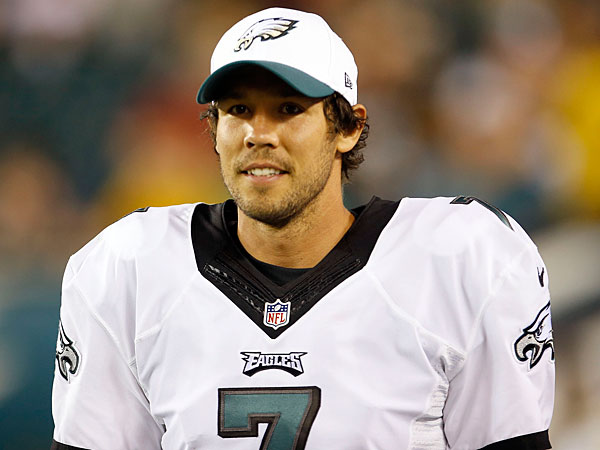 Maybe someday I can be an owner of the Eagles, but until then, I get to sit in my living room and throw the remote at the TV like everyone else.

This trade caught me off guard.  I thought we were close to doing something special.  Getting rid of LeSean McCoy and Jeremy Maclin was a disaster.  Still, I thought maybe we were a few pieces away.

With grabbing the number 2 pic overall, the idea is to clearly draft a franchise quarterback.  That being said – I see why Sam could be pissed, but I also see why he should play.

Why he should be pissed.

Why he should play.  A billion reasons.

History lesson for Bradford.  In 1999, Andy Reid was a quarterbacks coach for Green Bay and one of his quarterbacks was Doug Pederson.  Since he was Brett Favre’s backup, he essentially never played.  Reid drafted McNabb number 2 overall.  Pederson was brought in to mentor McNabb and late in the season, we got to see McNabb start.  Fast forward 17 years.  Doug Pederson now hired here to be the head coach.  Brings the backup quarterback from Kansas City, Chase Dani, with him.  My guess is Bradford may not have been on Pederson’s radar, but possibly trade up, get the 2 – and then maybe use Chase Daniel as the starter for 12 games and ease Wentz in.  They did sign Daniel to a 3 year deal.

It’s possible with all of the picks used to move up, signing Bradford was a calculated risk.  Maybe trade Bradford for a 2nd, 3rd, or 4th to recover picks?  Maybe Bradford goes out, lights up pre-season and a Tom Brady goes down with a career-ending ACL – Bradford trading at that point for a first or second round pick in 2017 seems appealing.

I would say that his current position of refusing anything unless he’s traded isn’t going to get him much.  There might be at the moment 2 landing spots for him, and the Eagles have no leverage to get more than a 6th round pick.  He could come off poorly in the PR sense and get traded to a team where he plays as a backup and fades into obscurity.

His best move is to report for the Eagles, play lights out with a really good team, and take them deep into the playoffs.  This could get him a 5 year deal with another team in a trade.  Or, it could force Philly to keep Wentz on ice until Bradford cools off.

If you’re the Eagles, you also have to worry about Bradford’s injury history.  If he’s healthy and plays well the next two years, you could have groomed the next Aaron Rogers in waiting while you win a lot of games.  Or, 3 games into the year Bradford could get hurt, Daniel takes over, then late season we see Wentz.

The best money with Bradford right now is to bet on himself and report to the Eagles.  Be a pro and make money.  Build friendships along the way, win some games, and set yourself up for your next (and probably last) 5 year deal.