Why I hate bitcoin as a gold bull? 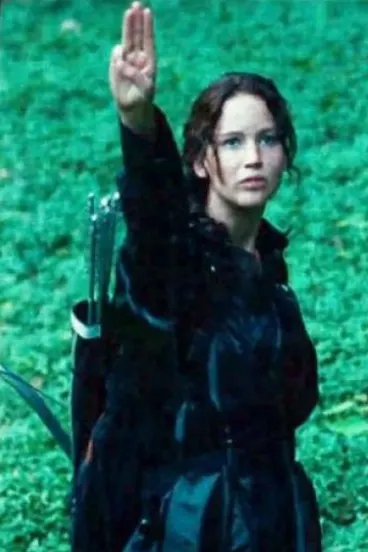 Don Durrett just asked this on Twitter. I’d like to first start off and classify my feelings…

I needed to really put this out there, FIRST, because when you attack bitcoin, in any way, you evoke a lot of emotions. My article here will be geared towards door number 1. The people in the second one I feel terrible for, I don’t hate them. I hate their investment, but am pulling for them to get their 10x so they can buy a home and raise a family. I feel those in door number 3 have been the BEST representations of bitcoin, as they see the technology currently as a speculative investment – they are prudent in their analysis and pragmatic in their amount they have bought.

Many of these people who got in early with a spec investment have come wildly rich and perhaps converted to door number 1, like Max Keiser. For him, a $5,000 or $10,000 initial investment has perhaps led him to being able to buy an island now as it appears his BTC assets are over $100,000,000 given current prices.

So let’s look at door number 1, shall we?

I never liked bitcoin, cryptocurrencies, or “cryptoassets” as Saylor calls bitcoin. Anyone invested in bitcoin is quick to try and point you to the differences – as bitcoin cannot be added to, at the moment. My initial “gut feeling” when I saw a lot of this going back to maybe 2012 or so was “this is too complicated for people to understand”. I remember actually tinkering with the idea of buying a few, but money was tight with a 4 year old. I had an old server and I thought, heck, maybe I can mine bitcoin with it. I then looked into that and realized my business-class server didn’t have the right processing type, and that’s when I gave up on it. I had recalled maybe $50-$100 or so at the time for them. But my impression was, “this is far too complex for people to understand”.

My background at this point was just completing a master’s degree in cybersecurity in 2012, working within IT security in the DoD (hardening of systems), and passing the CISSP to manage cybersecurity teams. You learn a lot about how hashes come to be, PKI, types of encryption, ciphers, how to crack things, etc. My point is, that while I was not at the front of the class at MIT writing these calculations on a white board, I understand how this stuff works. Some things that concerned me:

The article I wrote on the above is here – which might be one of my most interesting articles yet. You can perhaps see a delicate balance between asset inflation, energy inflation, and wage inflation. As measured by percent gains, if these are in imbalance, you can see a % increase in price inflation to Joe Sixpack. For example, if houses went up 10%, energy went up 10%, and wages went up 10% – all of these sopped up excess money. The reality then to Joe Sixpack are that wages are keeping up with price increases so there’s no net change in his/her quality of life. But when houses double in price and costs of everything skyrocket due to turning off energy production, you can see that wages did not keep up and thus the NET EFFECT to the citizens were to get squeezed. In order to fight this, one could see low unemployment would then put pressure to increase wages – instead of doing that to ensure Joe Sixpack can keep up, the Fed is reversing the flow of money to drain the system. It is a deflationary pulse meant to quash demand, reduce asset prices, and reduce energy prices as not as much is needed to be built, mined, or transported. The Fed is doing DEMAND DESTRUCTION – which could also spiral out of control into a massive deflationary depression. Maybe it never gets there, but it is clear to me now that the spec nature of beach front property is the first to get sold off.

I think there are really good people that have been sold a bill of goods with cryptos (both shit coins and BTC), and with this – I champion the speculators who could get a 50x and got out and rolled those profits into gold/silver. I feel terrible for an entire generation who needs to roll the dice on things like this just for the hope of a down payment for a house and my WISH is for them to have their lottery ticket get punched. But for the dirty, rotten, snake oil salesmen constantly hyping something they have no understanding of to find more people to hop on the ride so they can hold your bags, there’s a special spot in hell for you.

That all being said, I find BTC to be worthless – but at $3,000 or so, I would be willing to light $3,000 on fire as a lottery ticket in case it went to $1m. But at $69,000 for a hope for $100,000 or $200,000? There’s a LOT of risk (which many of you don’t understand) for not enough torque for an upside. I SPECULATE with mining exploration plays. I know there’s risk, but I look at these as a 5-10x upside with a 50% downside before I hit a stop loss. The idea though is I know it is a speculation and I try and de-risk these as much as I can with newsletters of people who are smarter than me and talk to the CEOs and geos of these properties.

If you own bitcoin now, it might be a good time to get the hell out and run for the hills. If you stay in it, I hope you make millions and your perseverance pays off. But if you look at that chart of money flows right now with the fed, it’s taking money back out of the system and that is not exactly a great time to be in ANY speculation. VC money will dry up as interest rates are too damn high. Leverage is breaking, as margin calls are hitting everyone and forcing sales. It is POSSIBLE they want to completely break the will of crypto people as they plan to roll out a CBDC soon and what better means of doing it than by destroying all cryptos and exchanges privately held. IF you have a BTC, and no exchanges exist, and no businesses take it any longer, what is the value if that network is now gone?

May the odds forever be in your favor. This is what BTC people look like to me – and I’m not “mocking” them. It’s a sign of desperation by a middle-class society that has been eroded for decades.

2 thoughts on “Why I hate bitcoin as a gold bull?”